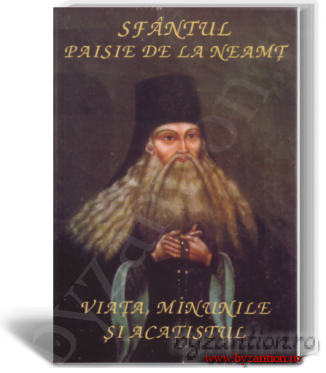 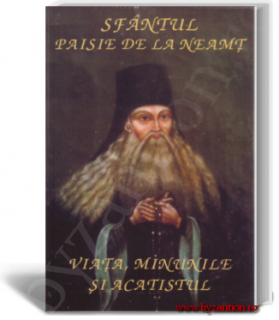 This work gives a brief account of the Saint's life, activity and miracles. 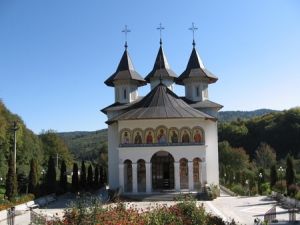 ”A Greek pilgrim, Constantin Caragea, arriving in Neamţ Monastery, describes great Elder Paisius' face, filled with the Holy Spirit, in these terms: It was for the first time in my life that I saw with my own eyes genuine embodied holiness. I was struck by his bright and pale, bloodless face, by his shining, long, silver-white beard, and the unsual neatness of his clothes and of his cell. His speech was mild and totally sincere. He seemed to me to be a totally disembodied man!

One of Pios Paisius' disciples said that he had acquired the gift of true prayer, so that his face was brighening up and his eyes were shedding many tears because of the fire that was burning in his heart. Once, while we were in Dragomirna, we cane to the Abbot and seeing the door open, we knocked and we entered. It was before Vespers. The father was lying in bed. His face was crimson red. I uttered: Your blessing, Father!, but he did not reply. I said it one more time. No answer. I had been seized by fear. Then I understood that he had been transported in heavens during his prayer. I tarried a little bit longer and then I got out of the cell and did not tell anyone anything about what I had seen.”