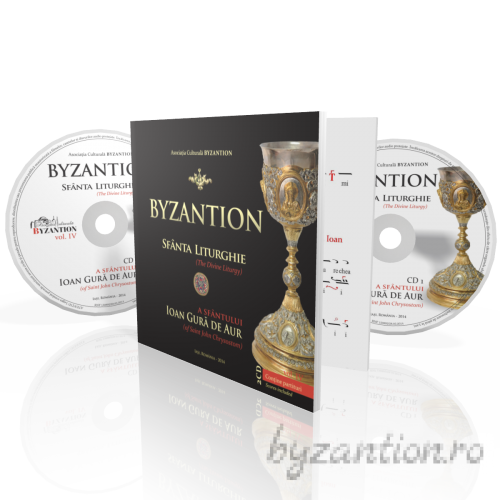 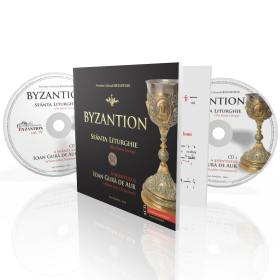 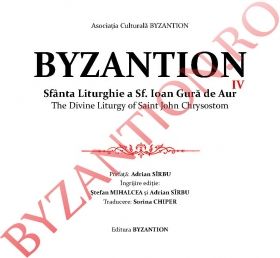 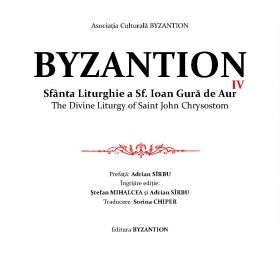 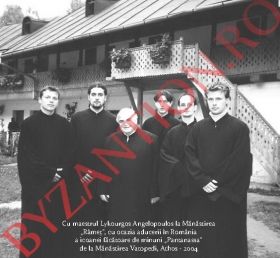 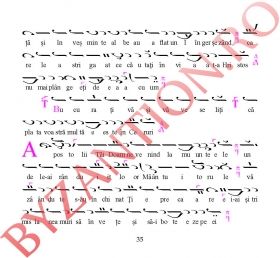 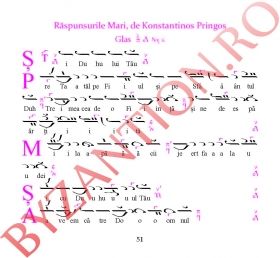 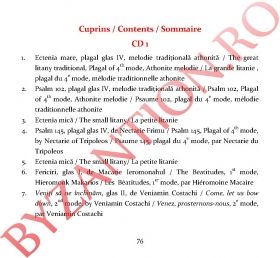 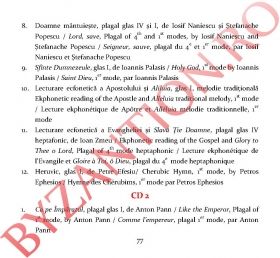 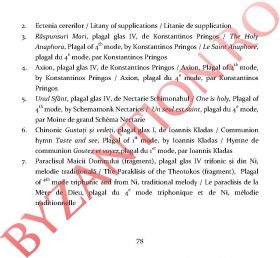 "This volume is part of the series of works that mark the early years in the activity of Byzantion Choir, founded in 1997. The context of the time of the debut and the limited access to information were embedded on the trajectory of a period of searching, out the choir’s wish to develop and to carve out a name for itself at the level of musical interpretation.

In the field of psaltic art, after the 1989 Revolution, the young chanters felt the acute absence of a generation of teachers who would pass over to their disciples the tradition of Romanian chants, inherited – via their works – from great composers such as Hieromonk Macarie, Anton Pann, Dimitrie Suceavanul, Visarion of Neamț, Ghelasie the Bessarabian, and so on. In fact, the gradual dilution of this oral tradition started as early as the time of Alexandru Ioan Cuza’s rule (1859 - 1866) and it "peaked" during the Communist period. Under Communism, the reform known as ”chant uniformisation” – though it had an arguably positive, unifying intent – contributed to the simplification, up to simplism, of the oral tradition. The strong effects of this endeavour, undertaken at national level, can be felt even today: the destruction of Oktoechos-based chanting and of its derivate modes, the destruction of the repertoire, of classical theses and formulas, the perversion of mode scales by the introduction of the temperate system and, consequently, the modification of theoretical psaltic elements, according to Western principles. They all led to the dilution, up to the almost total interruption, of the oral tradition." (Foreword, by Adrian SÎRBU)